Well we have closed on the house and officially now reside in Tennessee.
I just don't know if I'll ever finish unpacking us.  My first plan was to only unpack the rooms that we would actually be using (remember the rental home is a third of the size)  but unfortunately the movers don't always pack the rooms in the order you think they should be packed in. We had awesome movers and they worked their butts off to get us moved a day earlier than scheduled so I'm really not complaining.  I had decluttered and squirrel away so much stuff that I really can't blame the movers for not packing it into the correct room boxes because for example family room decor was being stored in multiple chests and trunks in various rooms like guest bedrooms, basement, garage and sometimes in really strange places like hidden closets under the eaves.  I know it's not a race to get it all finished but my attitude improves greatly when I'm settled in somewhere so I really would like to get 'er done.  Clarice is having some anxiety since this move so we both need a peaceful, restful home to reassure us both.  Mark left on Tuesday for meetings in Germany/Switzerland and he'll be home Sunday night so I'd like to be done with at least the first floor.  I'm making good headway because I finally got the master bedroom/bath, living room and kitchen set up properly but I still need to finish the guestroom/bath and his office area.  This is a split level home so we're living on the first floor and using the finished basement and over sized garage as storage space.  We really wanted to store on site to avoid the chance of losing our stuff and also to avoid the huge expense of paying for monthly storage fees.

My sweet niece, Rachel graduated high school last weekend and I'm just so proud of her.  She has matured into a beautiful, smart, funny young woman and I'm so grateful that our family was blessed with her.  She's got a huge heart, musical laugh, quirky sense of humor, sweet soul and I can't wait to see what the future has in store for her. 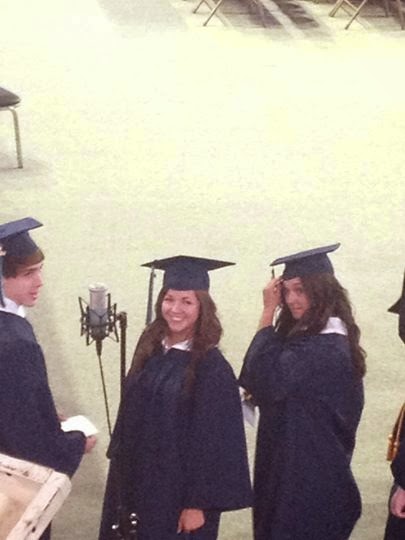 Just look at that smile 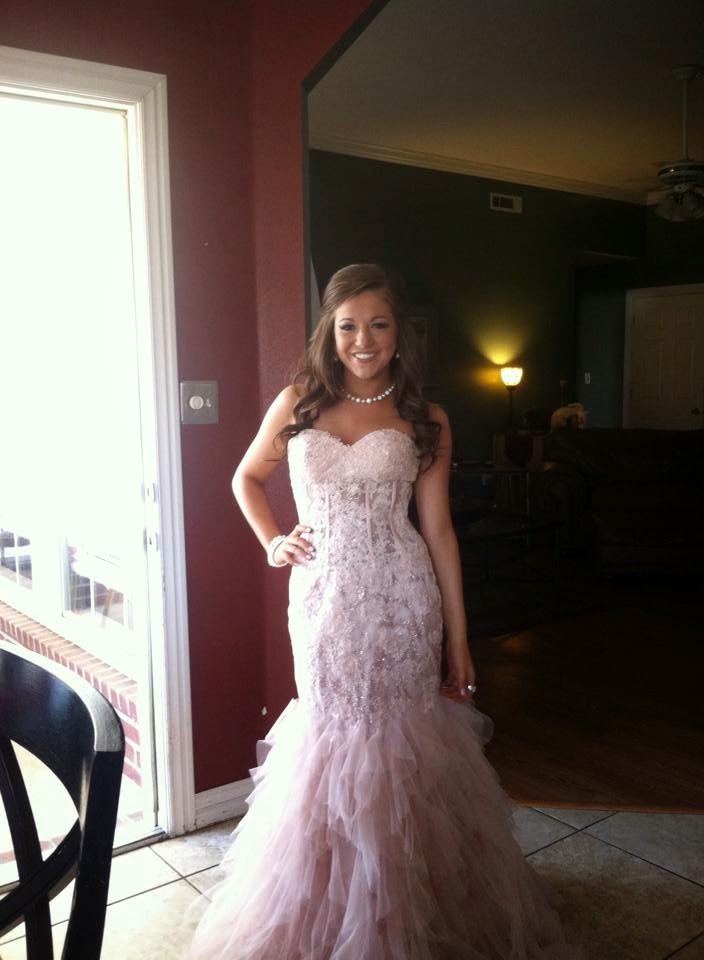 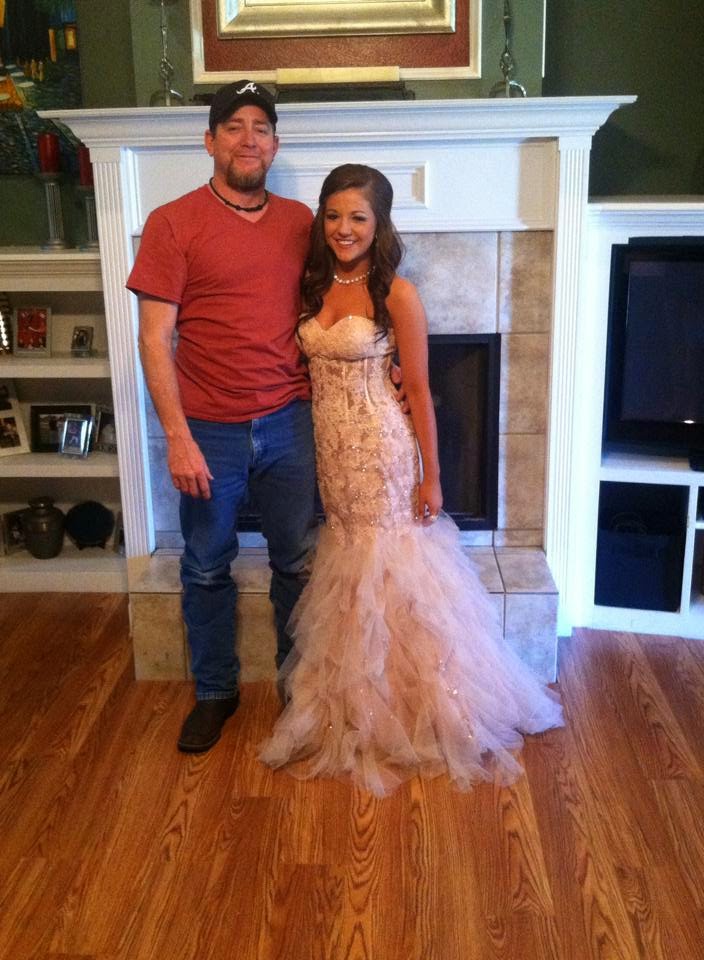 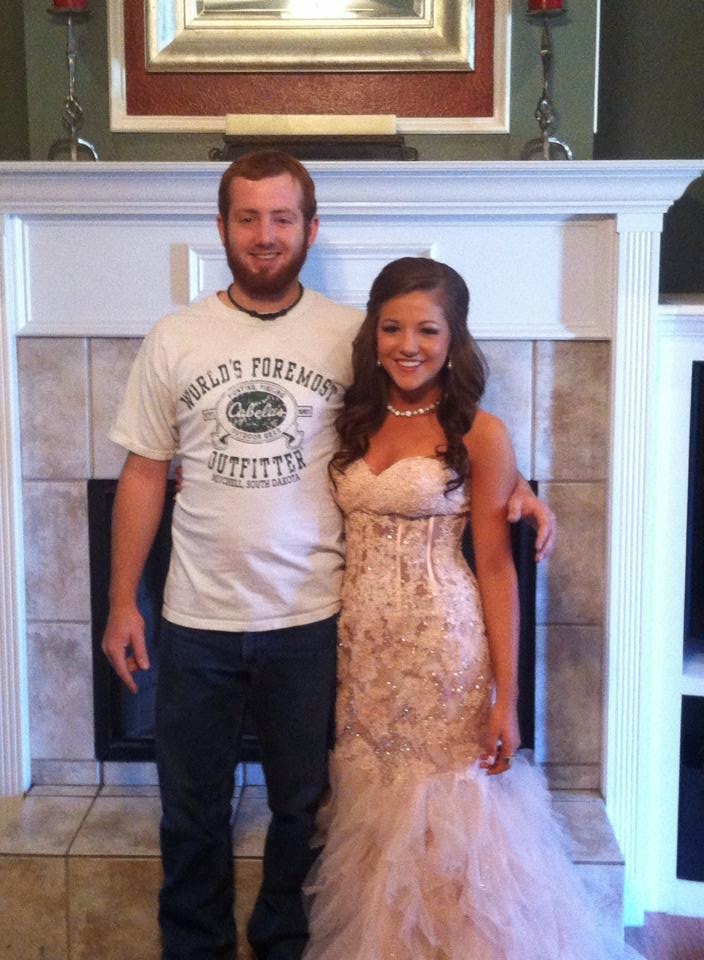 Rachel and her Bubba

Ok it's time to get my shoes on and continue getting this house in order.  Hope everyone has a wonderful holiday weekend!

Ok sometimes I agree that my elevator doesn't go to the top as my Granny used to say about me.  Other times I think I'm just too tired to think things thru before I say them but whatever the cause is the last one was a doozy!  Mark and I were headed to grab a bite to eat on Easter Sunday and we were stopped at a light when I noticed the car ahead of us had a vanity plate.  I'm always intrigued by those and what they mean.   I'm studying it and I said "Now what's God got to do with Slaw? And who decides if the Slaw is good enough to be called God Slaw?"  By this time Mark is laughing so hard he has tears running down his face and he finally gets control of himself long enough to say "God's Law not God's Slaw"  oh well that made a heck of a lot more sense!    And as I get older the worse it gets so watch out people 'cause the stories are only going to get better.

We are now officially in moving hell because the packers started this morning.  Last week I moved us from the fully furnished studio apartment into the rental house in Wal Mart sacks.  We had no boxes and I didn't think we had that much stuff at the apartment so it would be a quick move.  Wrong!  How much crap can a couple and one little kitty cram into an apartnment in just a few months?  Well if those 2 people are us then it's about 2 truck loads.  We had no furniture or even closets to stuff full so how did it all fit into that apartment?   Ugh! Mark Harris is a clothes wh@re in the worst kind of way.  I moved no less than 4 suits, 7 coats, 36 dress shirts and don't even get me started on his shoes.  I swear this man could outfit a nation and never miss anything.  I made so many trips up and down those apartment stairs that I gave up counting.  But we're done with that so one down and one to go except that house deal is unraveling. We are suppose to close a week from today.   We had an offer back in March, home inspection and appraisal down when their financing fell thru so move past go and don't collect $200.  Then we entered into another contract, home inspection, financing is good and appraisal is finally done on Friday.  Well it comes in $20,000 less than the appraisal just done in April and $16,000 less than purchase price.  What the hell?????  So our realtor and I started going over this appraisal line by freakin line.  Well the appraiser missed a bathroom and a bedroom so that's a huge error, left off the fridge, wine fridge and bar fridge but also the granite and slate in the house so that should bring the values back up.  Well it's now 3:00 PM and we still don't have an answer from the agent, appraiser or banker as to how we need to proceed.  Mark and I are not unreasonable people and if the appraisal comes in for less than purchase price then we need to work with the buyers to come up with a solution.  But as of now, we haven't heard a peep and to say things are tense around here would be an understatement.  The first thing the buyer's agent said (who by the way is the buyer's mother) "Well you can't count that bedroom in the basement as a bedroom because it has an outside door."  Wait, building code in GA states that any room can be a bedroom as long as it has 2 ways out in case of fire which this one has 3 since you can escape by interior door, exterior door or the 3 huge windows that are in the room.  It has a closet, is fully sheetrocked, painted trimmed and the floor is painted so it's a bedroom.  Then she came back with "It can't be counted as a bedroom because it has no carpeting on the floor".  Hmmmm really so hard wood floors, tiled floors or stained concrete floors aren't allowed in bedrooms? Wow!  I may very well end up having another heart attack just dealing with all this bs.  I may never buy another house again!  Here's pictures to prove we have a bedroom and bathroom down in the basement 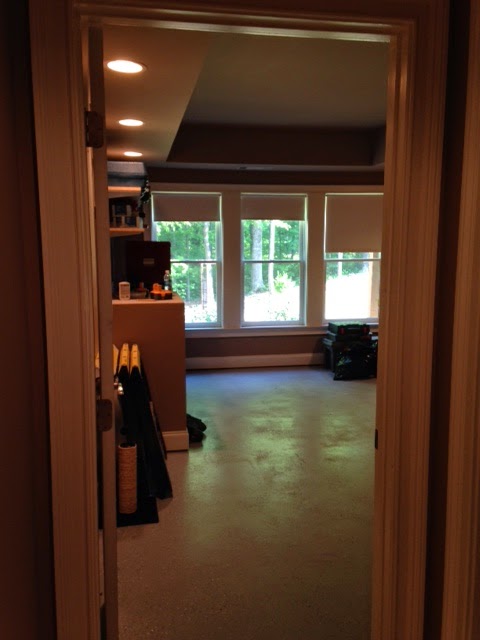 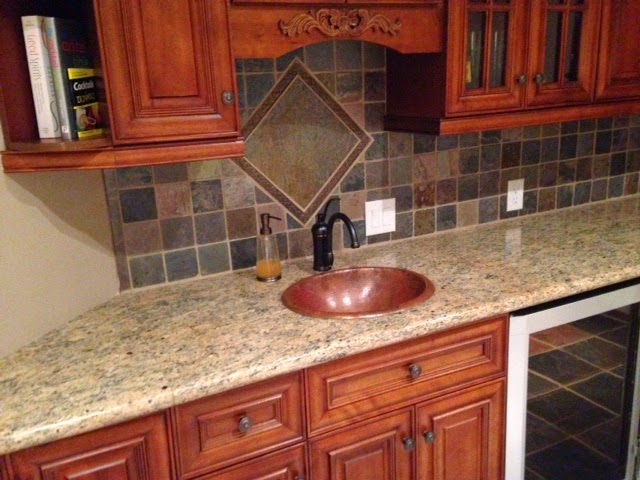 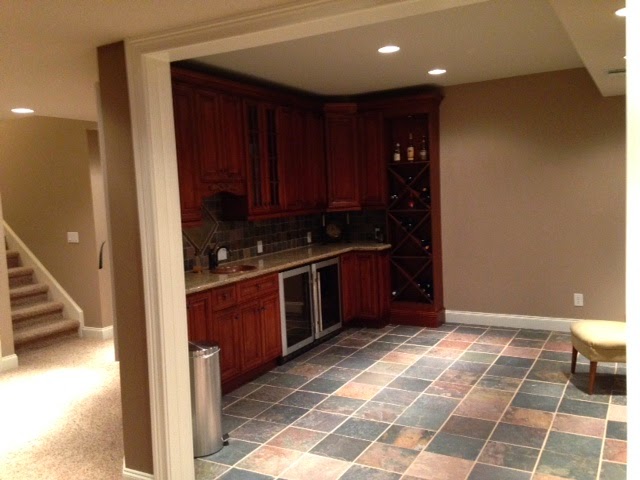 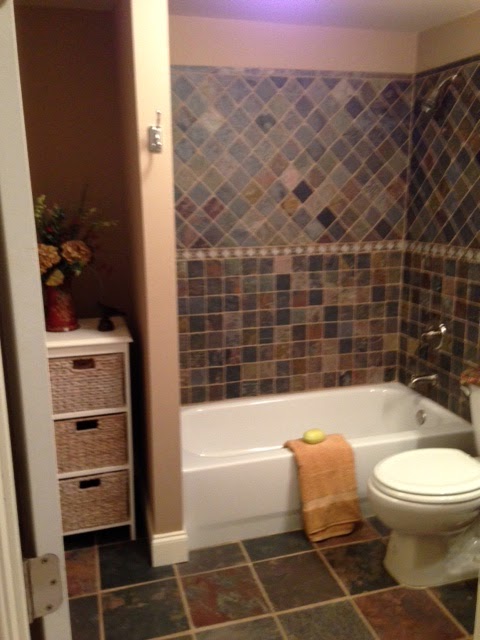 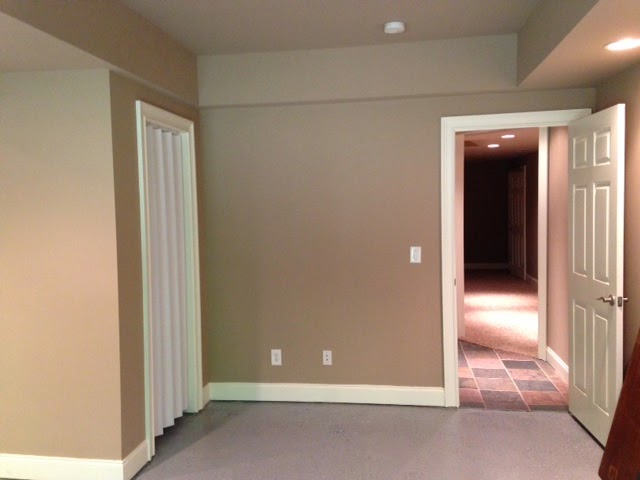 Ok enough of a rant for today and just think Mark and the packing crew are stuck in the house with me today.  You should take pity on them!