So tomorrow we will have been here 30 days and I'm almost unpacked.....sorta.  The main rooms are unpacked, sorted and decorated but this house is much smaller than our previous homes so there is a lot of purging that is being done.  I have done nothing but purge my treasured collections for the last 3 years and still find that I have way too much stuff!  I have truly made it my mission that it's time for quality over quantity when looking at my treasures.  This means lots of facebook, craigslist and ebay posts will be occurring in the very near future.  How the heck have we gotten so much stuff????  We've moved a lot which always been catalyst for purging but we still have a lot of junk like record albums  We haven't had a turntable in over 25 years so why have we held onto the albums?  It's not like they are in pristine condition or rare but what do you do with them?  I don't know but those 3 boxes are outta here!  I admit that I border on hoarder tendencies at times with memory filled items including receipts from vacations, scraps of paper and old calendars including mine from high school which was a long, long time ago.   It's time to get rid of this junk because I don't have a lot of storage areas so out with it all.  Sounds good but as I start looking at things it's harder than you'd realize.

Clarice is having trouble adjusting to the new house so we've been the vet three times already.   She's been throwing up almost daily and we've been doing everything we can do to not stress her.  She's been wearing a calming collar, we're spraying calming spray everywhere, changed her diet, her food locations, ect......but she's still having some problems.  Hopefully we can get some relief for her soon.  Poor little girl is just not quite herself and that's hard for us as well.

We're not even completely unpacked yet but we've started making changes to make this house our home already!  We have a lot of plans but as we all know that takes time and money plus a lot of patience so I'm trying to adjust my expections.  I know this will sound weird but we've only bought one preowned home in all our married years.  I'm used to moving into a new house that's exactly what I want, painted colors that I chose, ect..... but we'll get there.  It sounds like I'm whining and spoiled but trust me this house is almost perfect with such amazing views that the rest doesn't matter that much.  The home came with a hot tub on the back deck that we had absolutely no interest in owning so I listed it on CL the first week to give away.  We had a taker almost within the first 10 minutes because we only asked that they bring help to move it and that was all.  Of course, they had to get it up the side of the mountain to take it home but they did.  Now here's the really weird part, the couple comes to look at the tub and we get to talking because they just relocated here from SC so just chatting away about Asheville, places to eat, shop, ect.....  I mentioned that we moved from Atlanta area and they asked where so I say North GA mountains about 45 minutes from Atl...we chat a little longer and she said we have a chiroptor that we love in Atl and we're willing to make the drive to see him.  She tells me that they attended church with the guy's parents and used him until he moved away then have traveled to see him when her back issues got so bad.  She then said "Dr Clayton is worth traveling hours to see" and for some reason I just made the connection that her Dr Clayton is my Dr Clayton Willimas in Cumming.  Seriously!!!  It's a small, small world.  And I agree with her that Clayton's adjustment is well worth driving a couple of hours for but who would have thought we'd know and use the same DR.  and I met her on Craigs List.....Crazy!

Now for the best news EVER....I'm a Great Aunt to a beautiful little girl names Zeva Ellis and she is just so stinking cute.  I can't quit looking at her pictures and just grinning like an idiot.  I love this little gal with all my heart and I haven't even met her yet.  I know when Zared was born I felt like my heart just exploded because I love that kid so much but knowing he's a daddy to this precious little one takes it to a whole new level. 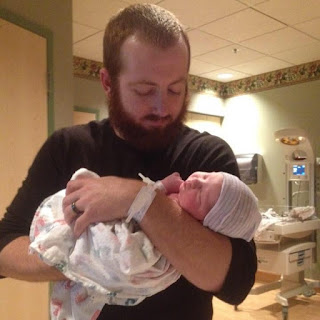 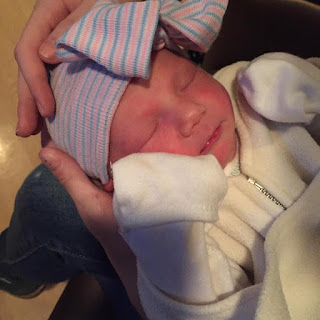 Ok that's all for now because I've got to get back to sorting, purging and unpacking before I lose my mind and fall again over all the crap.  Yep that's right I have taken 2 really bad falls and managed to skin my knee like a little kid and bruise myself so bad that it looks like I lost a major brawl with someone.

Do something today that makes you smile!
Donna